Including if you previously had a Skills Lab account

MaiENZ is a portal for all Education New Zealand's digital services. Your free MaiENZ account gives you access to Skills Lab and many other services with a single sign-in. Learn more

MaiENZ, a portal for all Education New Zealand's digital services. Your free MaiENZ account gives you access to Skills Lab and many other services with a single sign-in. Learn more 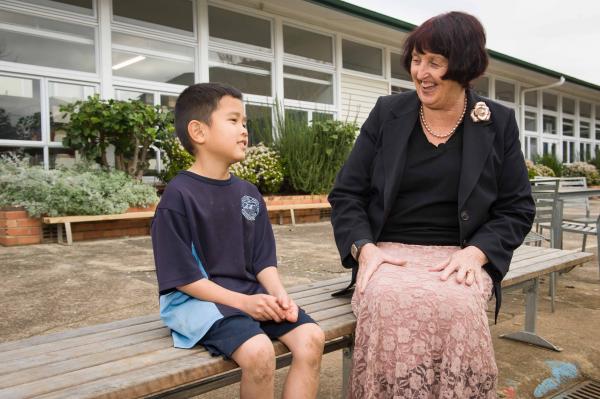 In fewer than 10 years Glendowie Primary School principal Anne-Marie Biggs has grown international student numbers from just a few to about 20 a year.

Anne-Marie took on the top job in 1995. The few international students they had, had arrived without any recruitment effort and were integrated into the school’s ESOL programme with domestic or permanent resident students.

Since taking a more focused approach, income has grown, and the programme has generated more than $500,000 in total revenue for the east Auckland school over the last three years.

This success has come directly from the efforts and investment in time by Anne-Marie. Not only does she do the overseas trips and marketing, she has, until just recently, had sole responsibility for managing homestay parents, overseeing visa applications and been the 2 contact point for agents and parents. She even hosts international students and their mothers herself – much of which is done on top of her role as principal.

She says while it is a lot of work, with fewer than 20 students it had not been economic to employ an additional staff member specifically for international support in the school – though she has finally taken on her former PA in a part-time role to provide support with administration, managing homestays, and assisting mothers and students in any way they need help, from hiring uniforms to finding sports clubs. 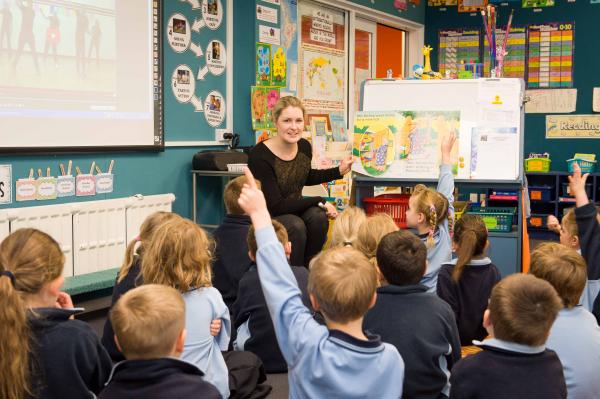 Word of mouth, based on the experience of alumni and their families is an increasingly successful recruitment tool for Glendowie. They even receive Italian students via word of mouth from families who lived in New Zealand during the America’s Cup.

But Asian countries have the most potential, Anne-Marie says, and these are accessed through agents based in New Zealand and in-market. The agents are paid 15 per cent commission on enrolment and every year the child stays at Glendowie. Anne-Marie says not all schools agree with this fee structure but she says, it’s a necessary cost of attracting international students.

Over the last five or six years Anne-Marie has taken two marketing trips a year (with other schools) on which she represents the primary sector. She says she is the only primary school on these trips and she works with the other schools to promote pathways for students, 3 demonstrating how children can transition seamlessly from primary right through to university study.

On her latest trip she visited Thailand, Korea, Japan, Taiwan, Hong Kong and China and met with 62 agents – all within three weeks. She also visited two schools with which Glendowie is investigating sister-school relationships and took part in two alumni events, which are key recruitment opportunities.

Her main recruitment message focuses on how academically successful New Zealand is in international rankings.

“I show agents our academic success compared to other so-called ‘preferred countries’ – that we are on a par with Canada and on top of world rankings in our PISA results. I try to say we are a good option if they are considering other English speaking countries. I show them a pathway – that they can start off at primary here, go on to secondary, do a foundation course, or go to university here and then go to any other key university in the world.

She says NCEA is now a recognised qualification with the agents she deals with, which is one barrier overcome. 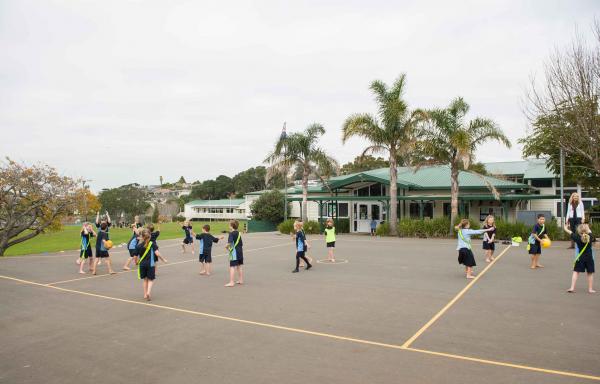 This was her first trip to Taiwan and she is confident it will result in students coming to New Zealand. However China is looking increasingly like it will be their main market now that Korean numbers have decreased significantly.

“I believe it takes about three years to build up a market. I saw the drop in Korea coming so we started marketing in China and Thailand.”

This has paid off with nine Chinese students enrolled this year – but only one Korean.

“Parents are trying to give their children a head start. They tend to be wealthy, educated and have travelled themselves. They may have come to New Zealand to study. When Chinese parents have only one child they want to give that child every chance.”

A sister school relationship with a school in a relatively small city in China is looking like it will provide an ongoing source of students. Anne-Marie says they want to send a group of 50 students to Glendowie. Anne-Marie has restricted that to 25, and she will look at opportunities to share the students around other schools in the vicinity.

She says there is a strong movement toward short–term stays. While there are some that come long-term and stay for their entire schooling, increasingly students are coming for three to four weeks in their school holidays – particularly from China.

If they can afford it they often send their children to Singapore during the school holidays – but we have a real opportunity to market ourselves as a cleaner, less expensive option, she says.

Asian countries tend to have their holidays in January/February and July/August. She says New Zealand schools need to be prepared to accommodate children and their mothers who want to come to New Zealand during our school holidays. Glendowie has created a holiday programme that enables international students to start their study in New Zealand in the holidays, and then finish in the classroom when the first term begins in February.

A future market opportunity might be in the pre-school sector, says Anne-Marie. She has had three enquiries from families, with more than one child, wanting to enroll their younger child in a kindergarten or pre-school while the older child attends school.

While South America and Russia are emerging as potential markets for other school sectors, she says she knows they’re not going to be interested in sending their primary-aged children to New Zealand. 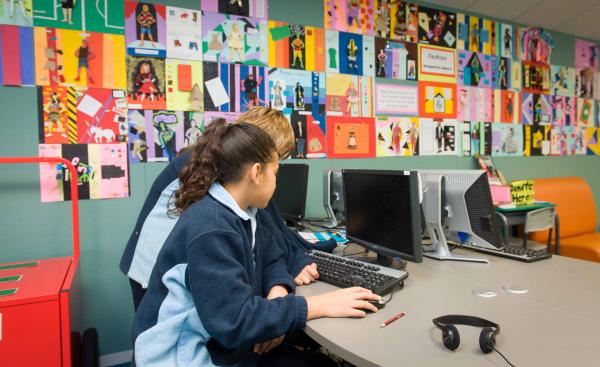 Learning to read and write

Teaching young non-English speaking children is quite different to secondary school students, says Anne-Marie. “When Kiwi kids start out, they can’t read and write either. Children pick up the language very quickly and it only takes an international student approximately six months to catch up to New Zealand kids in writing and talking if they start at five years of age. At that age they are all learning how to read and write.

” All children language skills are assessed on arrival. Teachers are given a report of the abilities of the children who will be in their class and each child is retested within the term to show their English progress. They will continue to be tested until they achieve fluency.

The school has compiled a comprehensive kit that gives each teacher strategies to assist them teach international students.

Every child who attends – whether for a short or long stay – is given a report and a certificate of attendance. Copies are also sent to agents. It’s these small things, says AnneMarie that makes the difference. 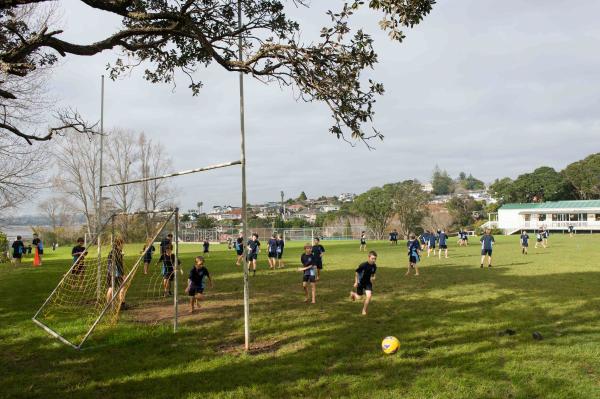 Because most children under 11 years old must be accompanied by a parent or legal guardian, finding homestay accommodation isn’t easy.

“Generally speaking, parents want to come into a home – especially when they are here short-term. In an affluent area, people don’t want to do it for the money. We find that often those that do host families are other ethnicities, not necessarily New Zealanders.”

They do have some small self-contained flats available for longer-staying families but by far the biggest demand is for in-home stays. A mother and child will pay $510 a week in a family home.

Anne-Marie and her husband often host two families at a time and she says it is not just about providing board and food – she has found herself helping her lodgers buy cars, property and pay overdue fines. But she says this responsibility is all part of being in the international student business.

“You need to ask how big you want to be and how much support you want to give. The support we give is key to our repeat business. You have to provide that support to get that business. Because of what we do, word of mouth has become our primary source of students.

“Your heart has to be in this. If I was in another country I would like someone to help me with shopping and banking. If you are going to have international students, you have to be prepared to offer support and keep that support going throughout their time here.”

Fees per student are $12,400 a year, $3,100 a term or $400 week for short stay students but the value to New Zealand is far greater because each young student must be accompanied by a parent or legal guardian, who also pays homestay fees.

These fees have returned over $560,000 to the school over the past three years. Anne-Marie spends about $30,000 a year on marketing, including travel. The other main costs are agents’ commissions of 15 per cent per child per year, the Export Education Levy, and a contribution to the cost of 1.5 ESOL staff and teacher aides – though these are also partly funded mainly from the central budget.

She says while she might have relatively high numbers for a primary school, she doesn’t feel the number of students or income justifies employing someone specifically to market or manage the international programme.

You have to actively recruit students – they won’t just turn up at your school gate.

A great informative account of a successful case study with practical applications. Thanks for offering clear strategies which reduce time wasting and promote effective practice. Food for though and a good starting point if you are at the foundational stage of IS.